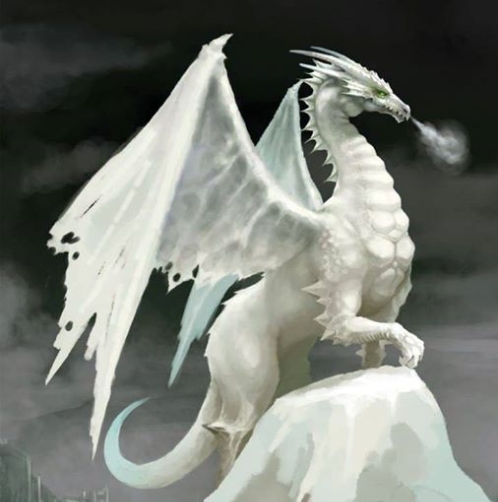 Liz at Exploring Colour published a post, Pete’s Dragon and an invitation:
“I’m inviting anyone who feels inspired, to do something creative about the Snow Dragon and publish it on your blog.”

Flight of the Snow Dragon

She yearns to ride the winds of winter.
She longs to swim the icy sea.
She waits atop a frosty mountain,
For darkness to come, her time to be free.

Her shimmering, iridescent scales,
Like hoar-frost in the sunlight gleam.
But night will shield this creature of wonder,
It’s then she takes flight, the snow dragon queen.

Her wings spread wide, she soars t’ward heaven,
Then swoops with grace to the waters below.
She rides the waves of the northern ocean,
Her form scarce seen in the icy flow.

So little remains of her mystical kingdom,
Her realm now shrouded, hidden from sight.
Each twilight she waits atop her chill mountain,
To take wing again, in the wintry night.

Attempting to write this poem has made me realize that fantasy is not my forte, but you never know until you try!

41 thoughts on “Flight of the Snow Dragon”

This site uses Akismet to reduce spam. Learn how your comment data is processed.