On the recent trip to the eastern provinces of Canada, my husband and I spent three days in Shediac, New Brunswick. During the mornings and afternoons I attended meetings for work, but still had time to do some sightseeing afterward. The marina was a short walk from the hotel. An array of boats were moored there, and a few stood out with brightly coloured paint jobs. 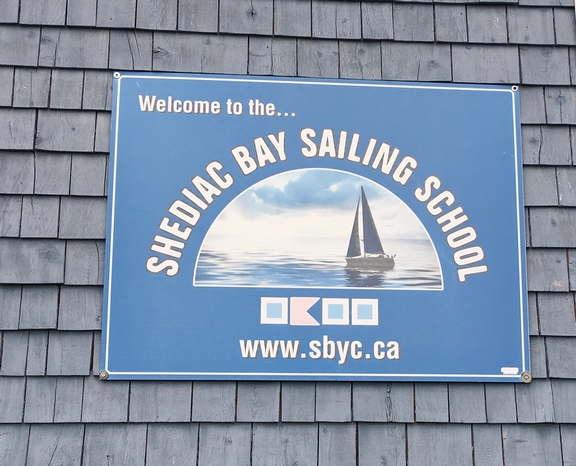 There was a sailing school for landlubbers to learn the ways of the maritimers.

The only other people we saw there were these, who were hard at work. You wouldn’t catch me up that mast!

I was highly amused that this converted rail car was labeled “Le” Container. It seemed to me that the fact was quite obvious. I wondered if this mass of ropes was as tangled as they looked to be.

This site uses Akismet to reduce spam. Learn how your comment data is processed.